I don’t think anyone would argue that if you want to improve your performance at anything you need to reflect on what you’re doing. Blogs are a perfect vehicle for that. Teachers also know that the best way to consolidate knowledge is to try to teach it to someone else. Blogs are perfect for that too. And how many times have you heard that having a meaningful audience means that learners set the bar much higher for themselves and care more about their products? Every time, that’s when.

Which is why I love blogging.

Of course, it helps to love writing, communicating, feel comfortable with technology, and be at peace with one’s flaws. The last one most of all, since blogging is putting your thoughts out into the world in non-erasable format, for anyone to criticise. It’s *scary*. Super scary sometimes, to think that peers could read your words and judge you harshly. But look at it the other way – they might read your words and think you’re amazing – or at least daring enough to have a go… *smiles winningly*.

Either way they’ll know what you’re doing, and that’s a bonus when we’re all too busy to get into each others classrooms during working hours. But don’t you find that it’s those times when you talk to coworkers and see what they’re doing, that you get most inspired to try new things?

Blogging is a great way to get your ideas out into the world and get ideas in return.

If you’re reading this and want to shout at the screen ‘I don’t have TIME for this nonsense, you idiot!’ I want you to think about this graphic, which shows the attitudes of teenagers in the UK to various media. 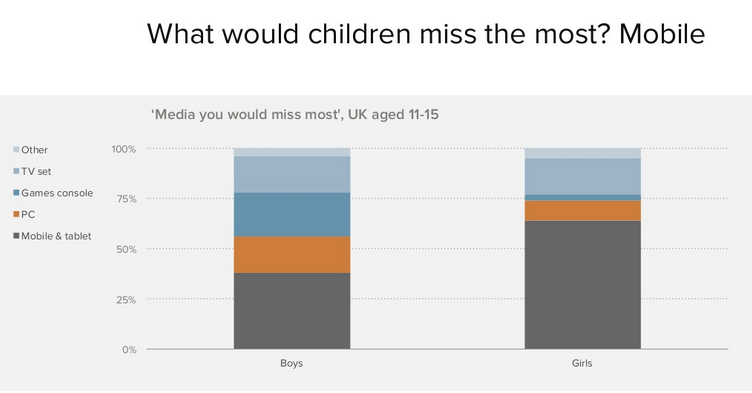 So what it’s saying is twofold.

1. That teens today (and I doubt teens in the UK would be much different to Australia) feel that tv is far less important to them than television was to us when you and I were kids. And I don’t care when you were a kid – even if it was ten years ago – or thirty years ago, like me. For both boys and girls interactive devices are far, far more valuable than passive television. Which means that:

2. Teens and kids today have a completely different mindset to older generations and we need to see their view of the world if education is going to stay relevant. Apart from the fact that less than a quarter of passive media is viewed on televisions anyway, young people today usually don’t look at a screen and think ‘I’ll watch that’. 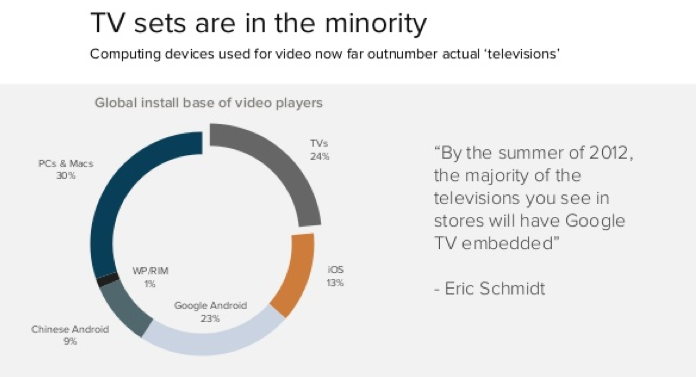 They think ‘I’ll use that’.

To communicate, to share, to ask, to learn. So if you want to relate to the world students are living in (that we are living in), then it’s time to get with the C in ICT. Throw out that passive television and start engaging with the inspiring, challenging and interesting information that people who share your interests are talking about online.

If you use Facebook then that’s something. Facebook lets us communicate and share (and watch videos of sloths and kittens and animals wearing clothes). But I kind of hate it as much as I love it because it caused my blogosphere to slip into a coma.

I started my first blog in the year 2000. I wrote in it every day and I still write in it about once a week. Nearly everyone I knew between 2000-2010 had a blog that was linked to mine. People used their blogs to think out loud, to celebrate and mourn, to record and review. We’d write about parties, movies, break ups, anything. Then Facebook happened. It was so easy to use, so many non-bloggers were there. So people moved across and stopped posting in detail and instead posted sound bites. I lost depth in exchange for breadth in my online communications and it was a poor deal. Since then I’ve started a travel blog and vlog (at ‘Here Comes The Planet‘) with my partner, Luke. We use it to communicate with family and friends while we travel, as well as share our stories with a surprisingly large audience of like-minded people.

Starting an education blog is my way of trying to regain the deeper communication but with a different sphere. Hopefully I can create a network, ideally with a substantial local component, who can help me learn and inspire me.

The final reason for this project is to have a record of my professional progress, my trials and errors, and to look back on where I’ve come from. Hopefully it’ll even assist when I’m thinking about ‘where to now?’. Right now my next personal challenge is to utilise the power of my DSLR for self-improvement. I want to video my teaching and analyse it in order to improve my practice and share the results. It was inspired by this TED talk by Bill Gates.

Hopefully I’ll be blogging about my trial soon. Thanks for reading, and if you have something to say do leave a comment. Bloggers *always* love polite feedback, even if people disagree with them ;-).

4 thoughts on “Blogging Makes You Better.”