I’ve been excited by the Word Nerds explicit vocabulary program for quite a while, and over the past term I’ve been sharing information and ideas with one of the year six teachers at my school. She’s been doing the program a little differently to me but with equally fantastic results. Before the holidays I asked if her class would like to write a short post about their ideas and experiences and here it is! Thanks Miss Colombo and 6CC, I love your enthusiasm!

6CC started a program inspired by Miss Lenon and the Word Nerds book. After discussing the new program, the students were PUMPED! They were looking forward to starting a new program and having the opportunity to learn some new words and incorporate them in their daily conversation and writing.

The class started with a pre-test of all 20 words they would learn over the next month. Students were very surprised with their results! I then created some cloze activities and the students worked in pairs to guess what word would be suitable for the sentence. This was quite difficult for them. I then revealed the words to give them some clues and we discussed, as a class, some synonyms and antonyms. 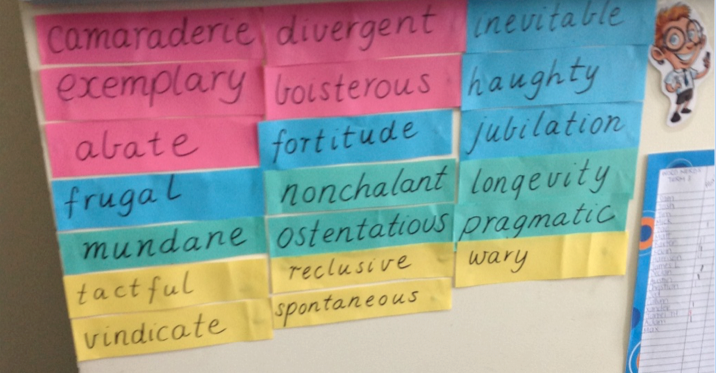 And from that moment…they were HOOKED! We looked at the template they would be using for each word and completed the first word as a class, filling in synonyms, antonyms, an image, definition and sentence using the word. To end our first session, we played a whole class game of ‘Class Synonym Pacman’. Overall, it was a great success.

Over the next four weeks, we continued to study five new words with a relatively similar program. We also incorporated a class competition where they were awarded points if they used the word in their writing or daily conversation. 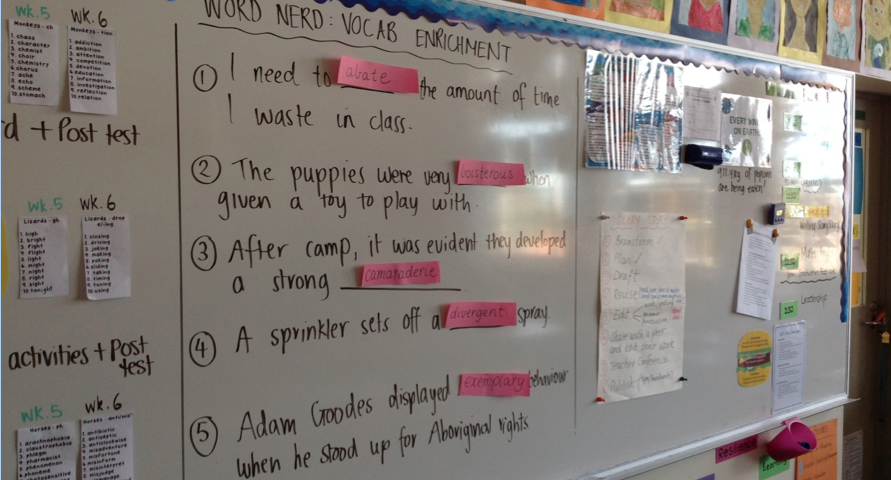 Some feedback I received from the class was that they would prefer three words rather than five, as it is more realistic for them to learn and refer back to.

Some quotes from the class…

A big thanks to Miss Lenon for introducing me to the Word Nerds program and for her continuous support and ideas.
We love teaching and learning VOCABULARY! 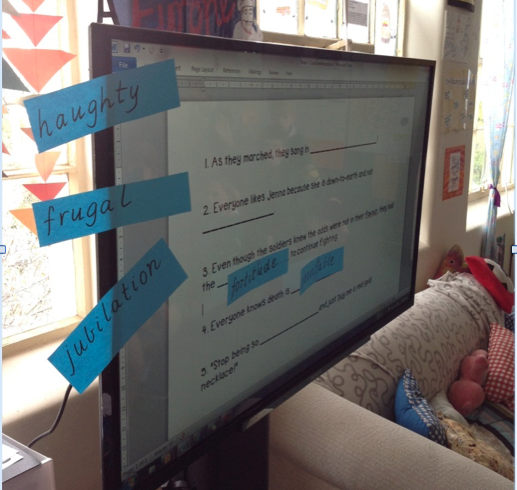