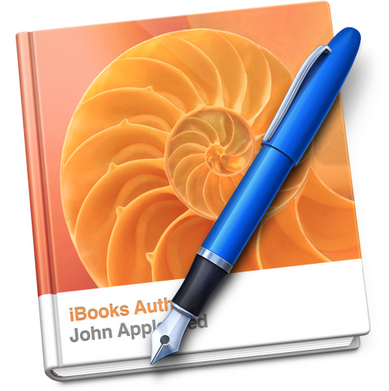 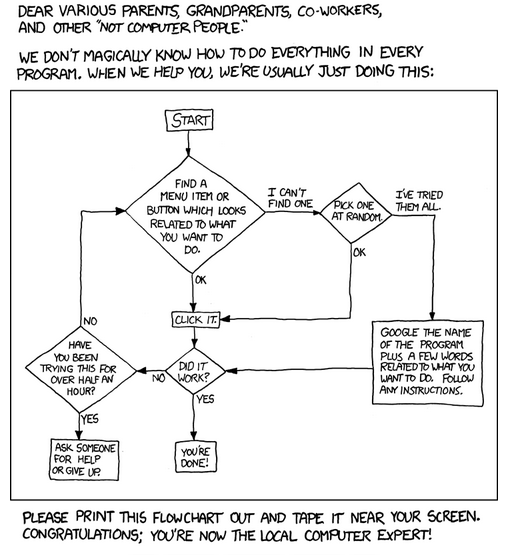 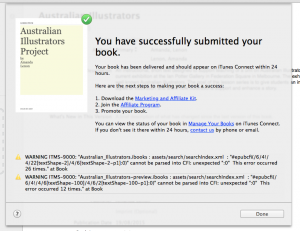 I asked to attend this ICT education conference after the advertising material landed in my inbox a while back. The promotional material made it sound like a big deal, but my natural skepticism ensured that my expectations remained low. I mean, for goodness’ sake, they had a magician on the program and were offering cash prizes on the day. I wasn’t sure how seriously to take the whole event.

Very seriously, it turned out.

The event was held at Kingswood Primary School in the south east of Melbourne. As soon as I arrived I found my coworker, Tim, and picked up my lanyard. The day was organised into a keynote speech, two workshops that we chose from a selection on offer, and then three more speakers, one of whom was ‘COSENTINO! WORLD FAMOUS MAGICIAN!’, of whom I knew nothing.

We all filed into the well-appointed school hall and the first of the cash prizes was given to a random attendee. Most of the prizes were linked to giving feedback immediately after sessions via QR codes and it only occurred to me halfway through that trying to bribe people in giving feedback was probably a good idea. Teachers, after all, are busy people who rarely do anything they don’t have a very good reason to do, and filling out feedback after a long day’s PD is just not going to happen without a carrot on offer. Some of the prizes were up to $250 – pretty impressive.

The first speaker of the day was a man named Will Richardson, whose very readable blog can be found here. He is an American writer who is a proponent of education change to cater to the needs of modern learners. His speech was outstanding. This video covers some of the key points:

From my own notes, for those who can’t be bothered watching the video (although it’s only 14 minutes and you’ll love it, I promise!), here’s my key impressions from his talk.

Every keynote speaker on the day referenced Seymour Papert whom, after 5 minutes research, I cannot believe I had not heard of already.

I enjoyed both the workshops I attended. The first was on the subject of iBook Author, an app that allows easy creation of iBooks. The teacher was quite dry in his humour and raced through his presentation but it was a good overview of the program.  The second was on robotic Lego. It was fun and I could see lots of great educational applications but the cost of Lego is just crazy. Perhaps a task for the Parent Committee, who do amazing fundraising at my school. 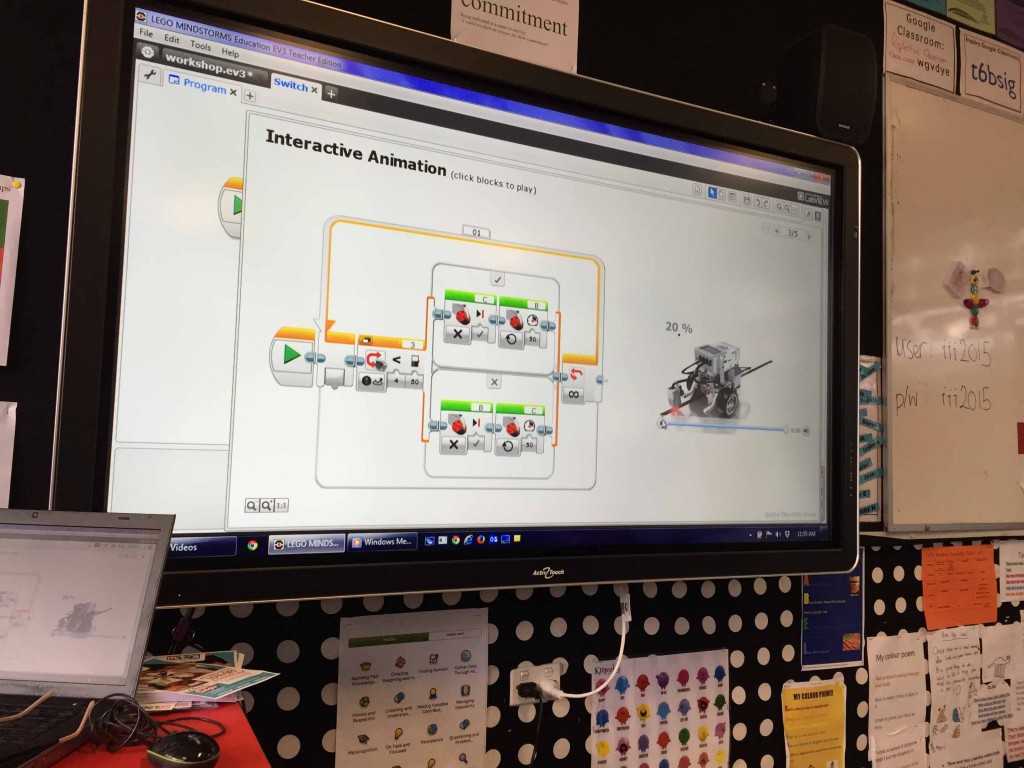 The next speaker was the AMAZING MAGICIAN COSENTINO! who, it turned out, was the son of the principal and was also actually pretty famous, having won Dancing With The Stars and quite a huge range of awards across the globe. Plus he actually was really good. Most of his speech was about how he educated himself to become a magician and how school didn’t work for him or help him in his life goals. He told us about his journey and it was really interesting, as were the magic tricks he did throughout.

The next two speakers, Chris Betcher from NSW and Lee Watanabe Crockett from Canada, were as informative and inspiring as Will Richardson. They followed the same themes of reinventing education to suit the digital age, and encouraged the audience to consider the purpose of education and their use of technology.

I took more notes throughout the day than I’ve ever taken at a PD previously and it’s very difficult to condense three hours of wisdom into one digestible blog entry. Alongside the points I mentioned under Will Richardson’s talk, Chris Betcher made a number of excellent points and I particularly liked his quote from Douglas Adams. While I don’t think it necessarily applies to everyone, it certainly does help explain why teachers can lack an understanding of the way students view and use technology. 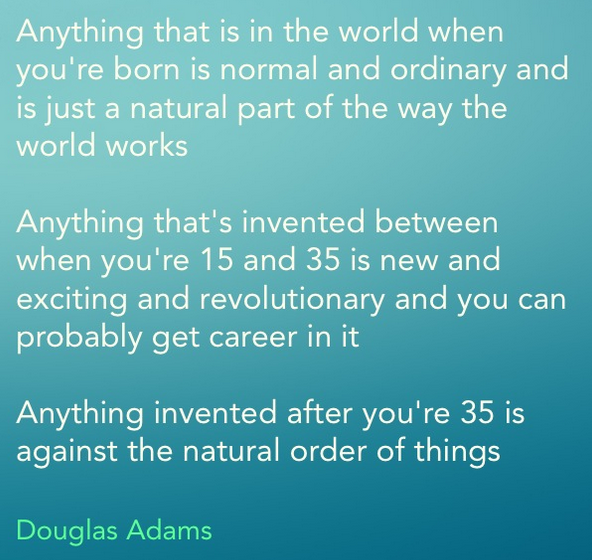 He also made the excellent point that yes, there’s so much stuff out there that learning about new technology can seem like the labour of Sisyphus, but it’s not like that at all, because teachers don’t need to know how to use all the apps in existence, because students teach themselves – and they’ll teach you too, if you let them. Really, the role of teachers is to help students discern what is good quality, how to extend themselves, how to communicate clearly through whatever platform they choose, how to present information effectively, how to do all those things that are the reasons why we use technology.  He said to think about the verbs in the curriculum – create, consider, describe, explain, elaborate. We still need to teach students how to do this. He made an excellent point with an example about making movies. He asked a group of adults, after a quick introduction to iMovie, how difficult they’d rate the process. They said that it was easy – maybe a 3 out of 10. But then he asked how difficult it was to make a good movie? Well, that would be more like a 9 or of 10. Teachers are needed to help students understand and create quality work and make good decisions based on common sense.

Lee Watanabe Crocket was the final speaker. I had not heard of him, but a small amount of googling revealed his great devotion to creating digitally literate students. He has a foundation that promotes what he calls ‘digital fluencies’ that he believes should be at the core of all curricula. 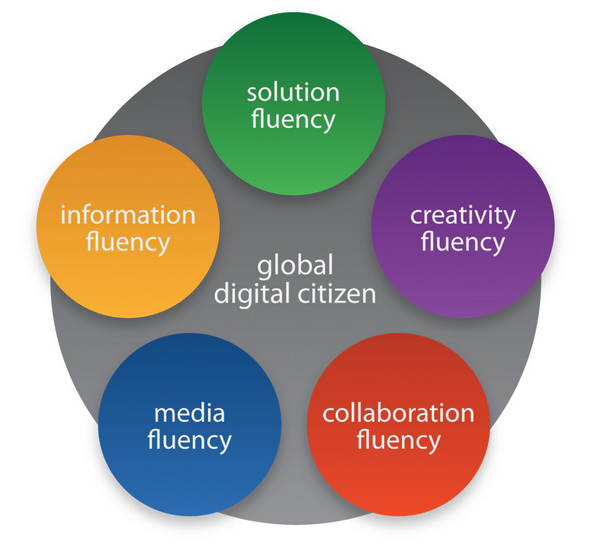 I won’t try to elaborate on the diagram above, but I encourage you to watch this video in which he talks about his ideas on the future of education.

He generously offered his book, Digital Literacy Is Not Enough for free from iBooks for a short time for conference attendees and I look forward to reading it.

The entire content of the day was valuable and the overall message was ‘change or fail’, when it comes to traditional education. I do think that Australia is generally on a more dynamic path than the US. All the speakers I’ve heard from the US give the impression that classrooms there still operate on an extremely rigid model – and in the forums I read that have US teachers in them (Class Dojo, primarily), those teachers are only just starting to move away from individual desks in rows to groups of tables – quite mindboggling to me, when I haven’t seen a classroom like that in Australia for decades. But different table arrangements is only one tiny indicator of vast systemic problems. One of the speakers said something along the lines of ‘students today are the best  prepared students for the industrial revolution’. We need to think about, and discuss, what we can do for students that will best prepare them for the unknowns of tomorrow.

We were left with the question – what should education actually look like?